Euro is still forming a large descending impulse (v) of [iii]. Most likely, right now the pair is forming a long extension inside wave iii of (v). In the nearest future, the market is expected to continue falling. 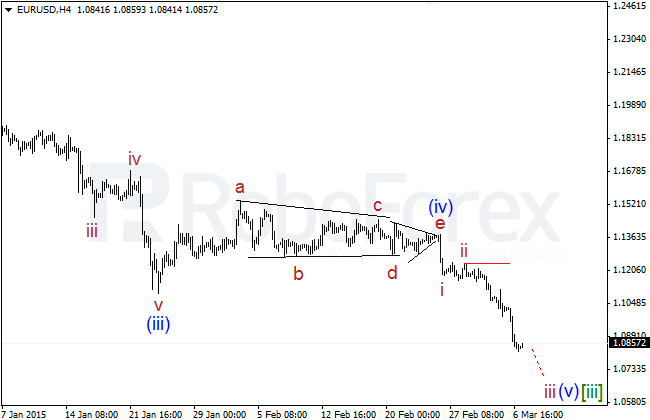 It looks like the price has formed an extension iii of (v) inside wave (v) of [iii]. Probably, in the near term, the market may reach a new local minimum and continue moving downwards. 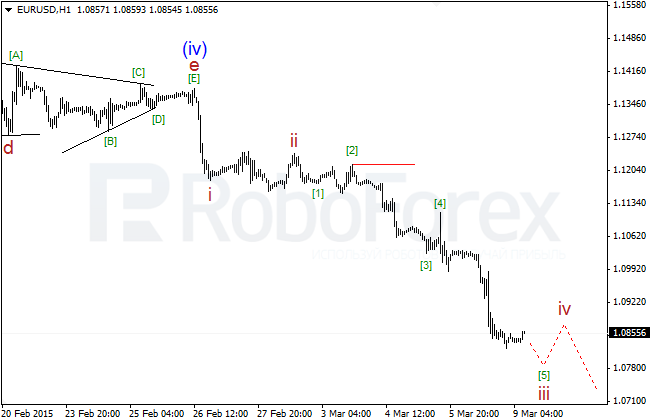 Pound continues forming a large descending impulse 5 of (1). Most likely, the pair has formed an extension inside this  impulse in the future is expected to continue moving downwards. 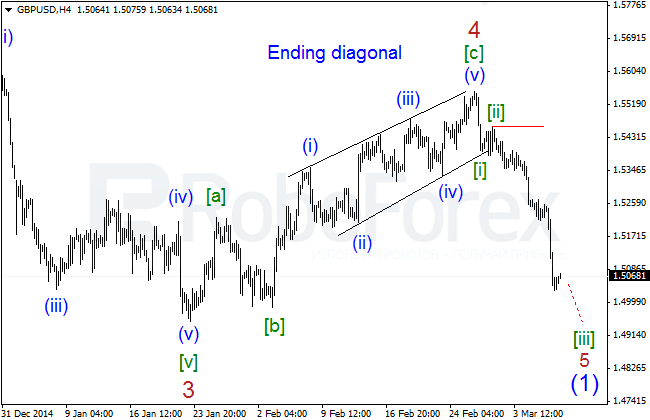 It looks like the wave (iii) of [iii] is taking an extended form and may be completed quite soon. Later, the pair is expected to continue falling and reach several new lows. 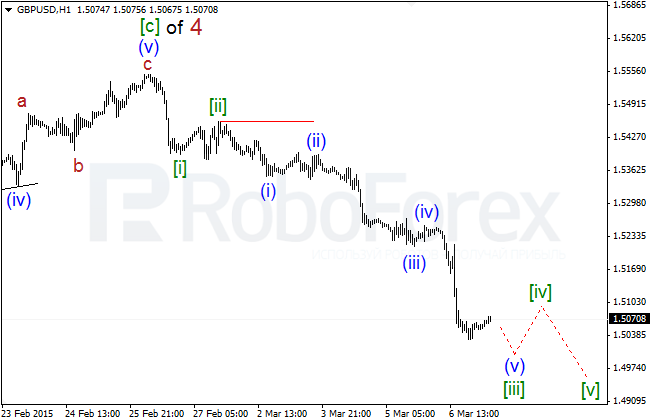 So, after finishing horizontal triangle inside wave (4) of [5], the price has formed five-wave structures inside wave (5) of [5]. Right now, the market is forming wave 3 of (5) of [5] and may continue growing in the nearest future. 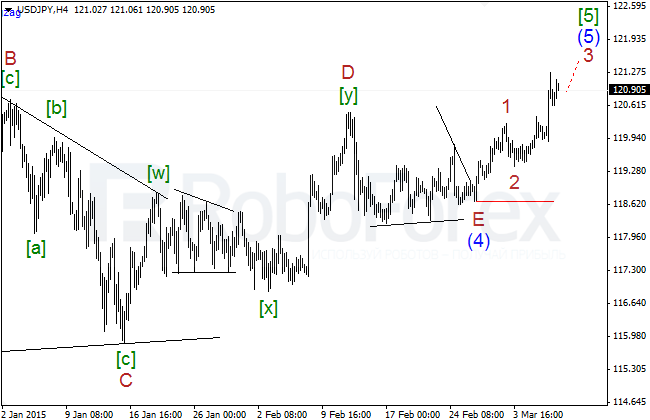 Most likely, Yen has finished (or is finishing right now) wave [iv] of 3. In the nearest future, the market is expected to reach a new local high and complete wave 3 of (5). 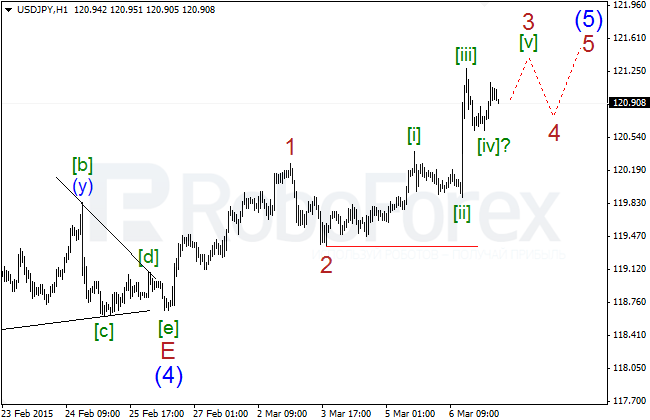 The market has finished horizontal triangle inside wave (4) of [3] and right now is forming wave (5) of [3]. Most likely, in the nearest future the price may continue growing inside this large impulse. 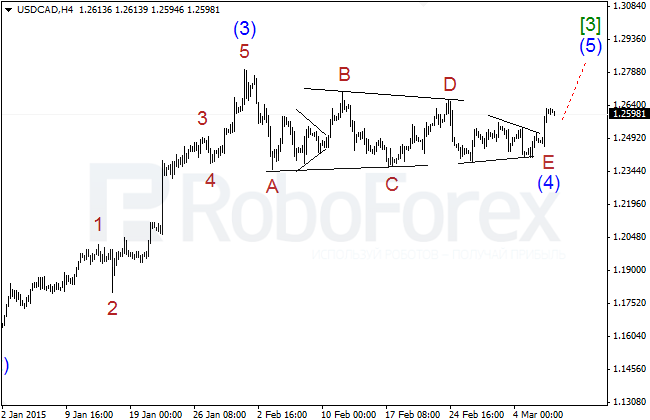 So, after completing horizontal triangle, the pair has formed wave 1 of (5). Later, the market is expected to form a correctional wave 2 of (5) (may be in the form of zigzag). 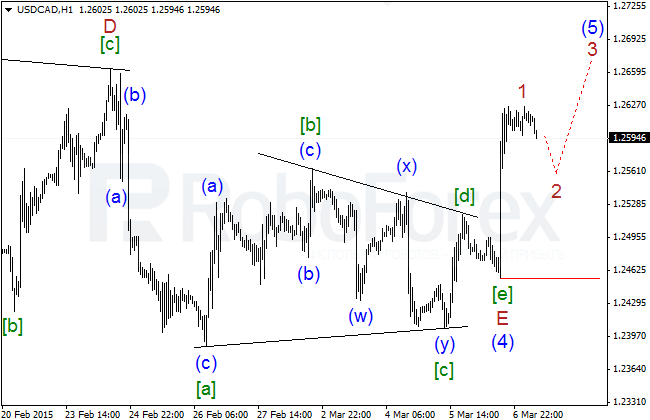