I’ve decided to correct the current chart structure a bit, ‘cause there were too many initial waves on it. It looks like at the moment the price is forming an ascending impulse inside wave [1]. In the near term, the price may continue moving upwards inside wave (5), but later we can expect the correction. 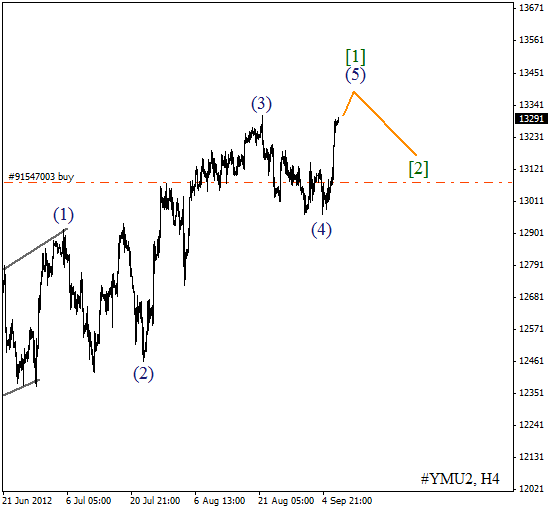 As we can see at the H1 chart, the price is forming wave 3 of (5). Most likely, the local correction will be finished soon and the Index will continue growing up and form wave 5. Later we can expect a new correction inside wave [2]. 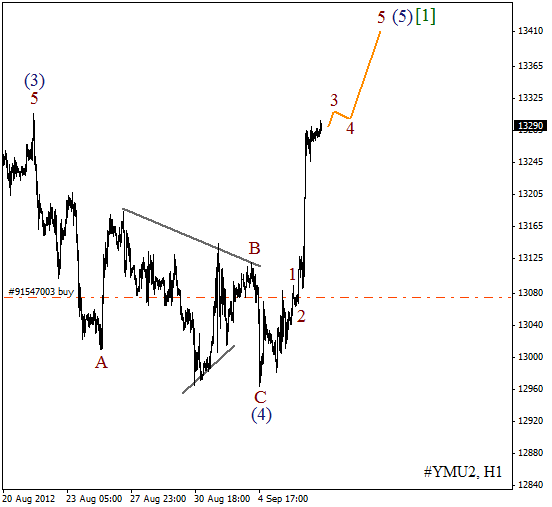 Yesterday the price continued the corrective movement. After the price had broken the local maximum, I moved the stop on buy order into the black and it worked. We may assume that the instrument has completed zigzag pattern inside wave (B). In the future, we can expect the price to form wave (C) and reach a new local minimum. 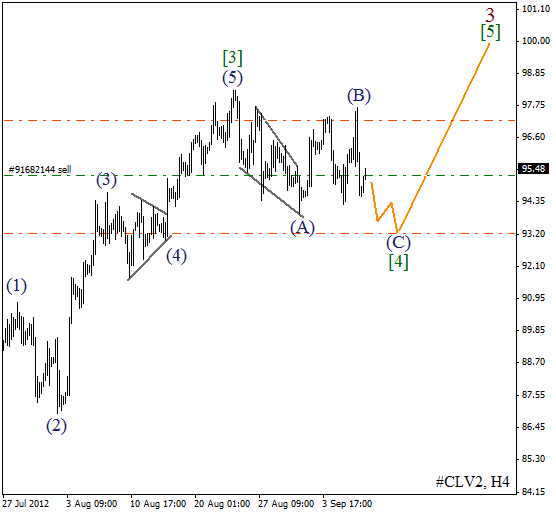 After completing wave (B), the price formed an initial descending impulse inside wave 1. Earlier the instrument finished wedge pattern inside wave (A). In the near term, the price may beak the local minimum. 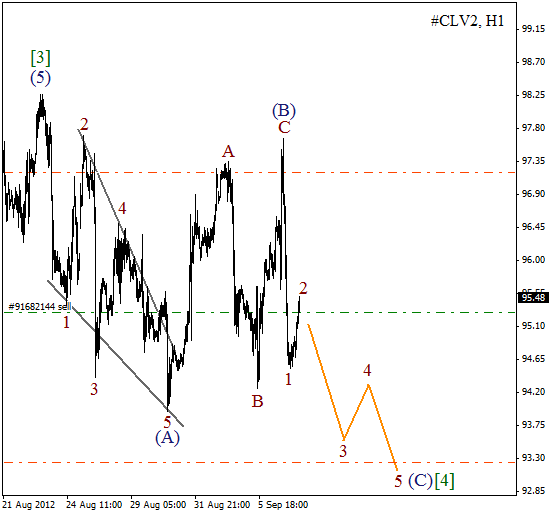