As we can see in the daily chart, the asset is still moving to the upside after testing 38.2% fibo and convergence on MACD. This movement should be considered as a short-term ascending correction, which may later be followed by a further downtrend towards 50.0% fibo at 0.6758. The key resistance remains at the high at 0.8007. 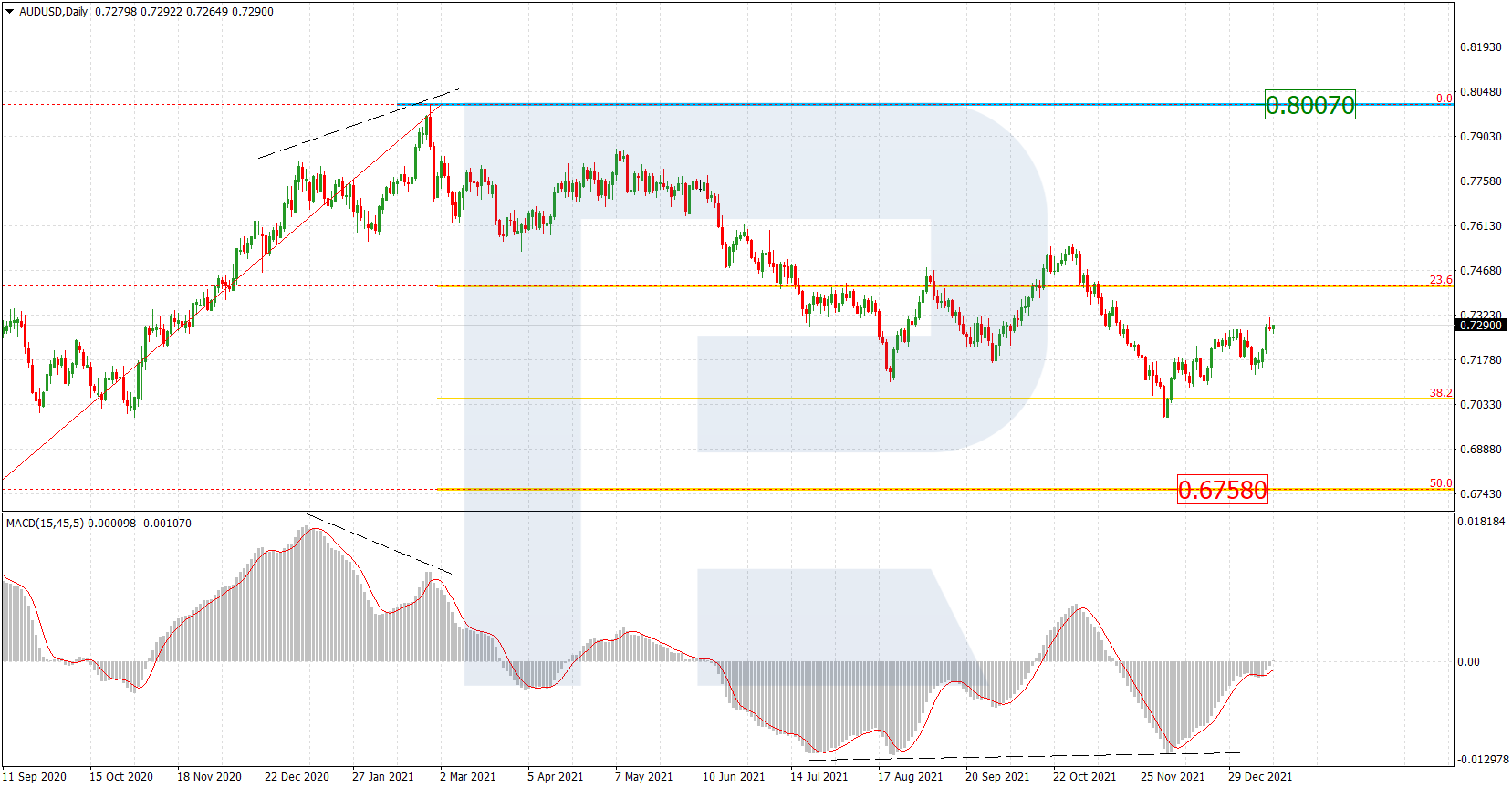 The H4 chart shows a more detailed structure of the current correctional uptrend, which has already broken 50.0% fibo. The next upside targets may be 61.8% and 76.0% fibo at 0.7340 and 0.7420 respectively. At the same time, there is divergence on MACD, which may indicate that the pullback may be over soon. The support is the low at 0.6991. 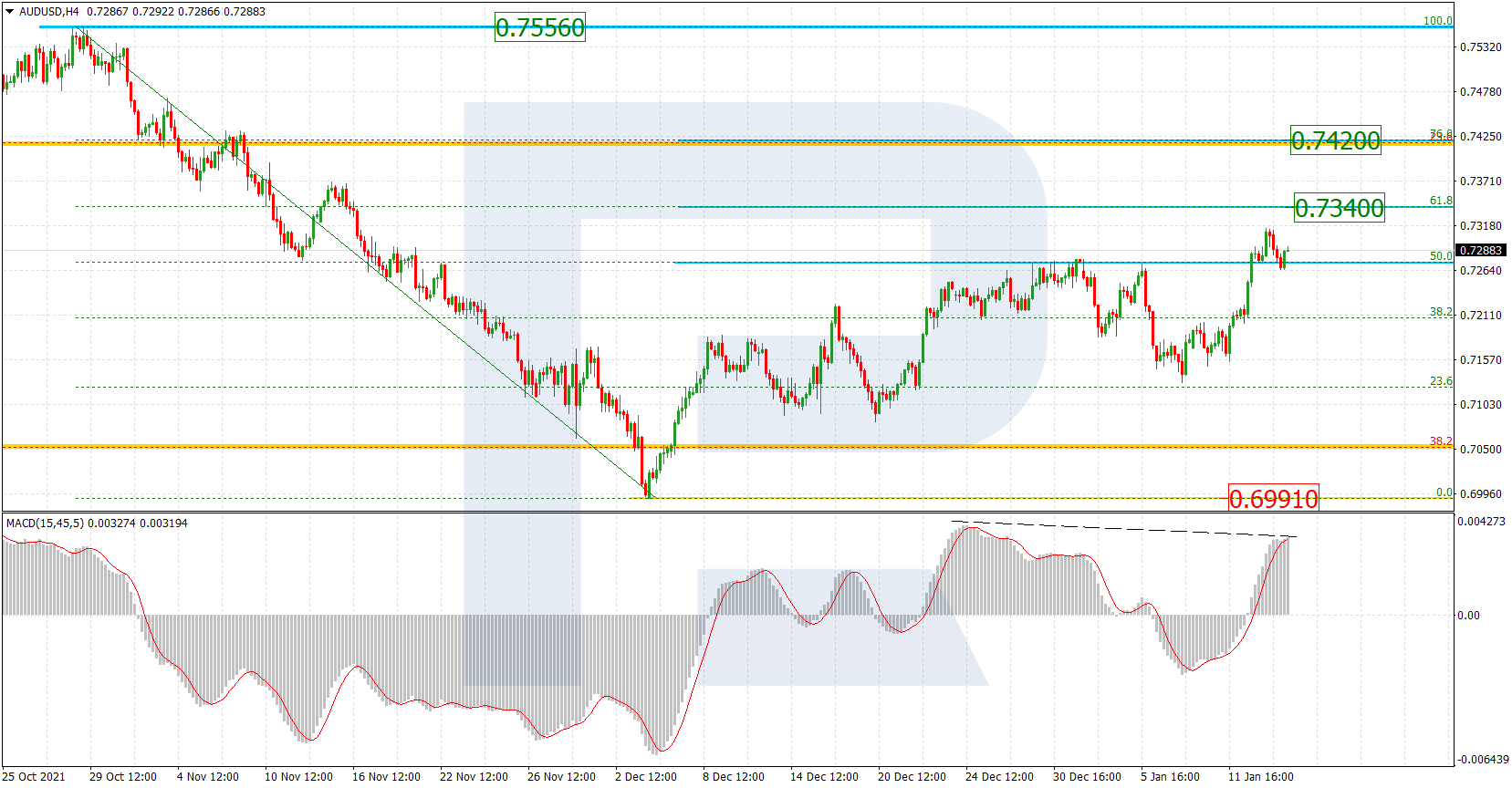 As we can see in the daily chart, after updating the high, the asset is correcting downwards. After completing the pullback, USDCAD may resume its mid-term uptrend towards 38.2% and 50.0% fibo at 1.3023 and 1.3336 respectively. The key support remains at the low at 1.2007. 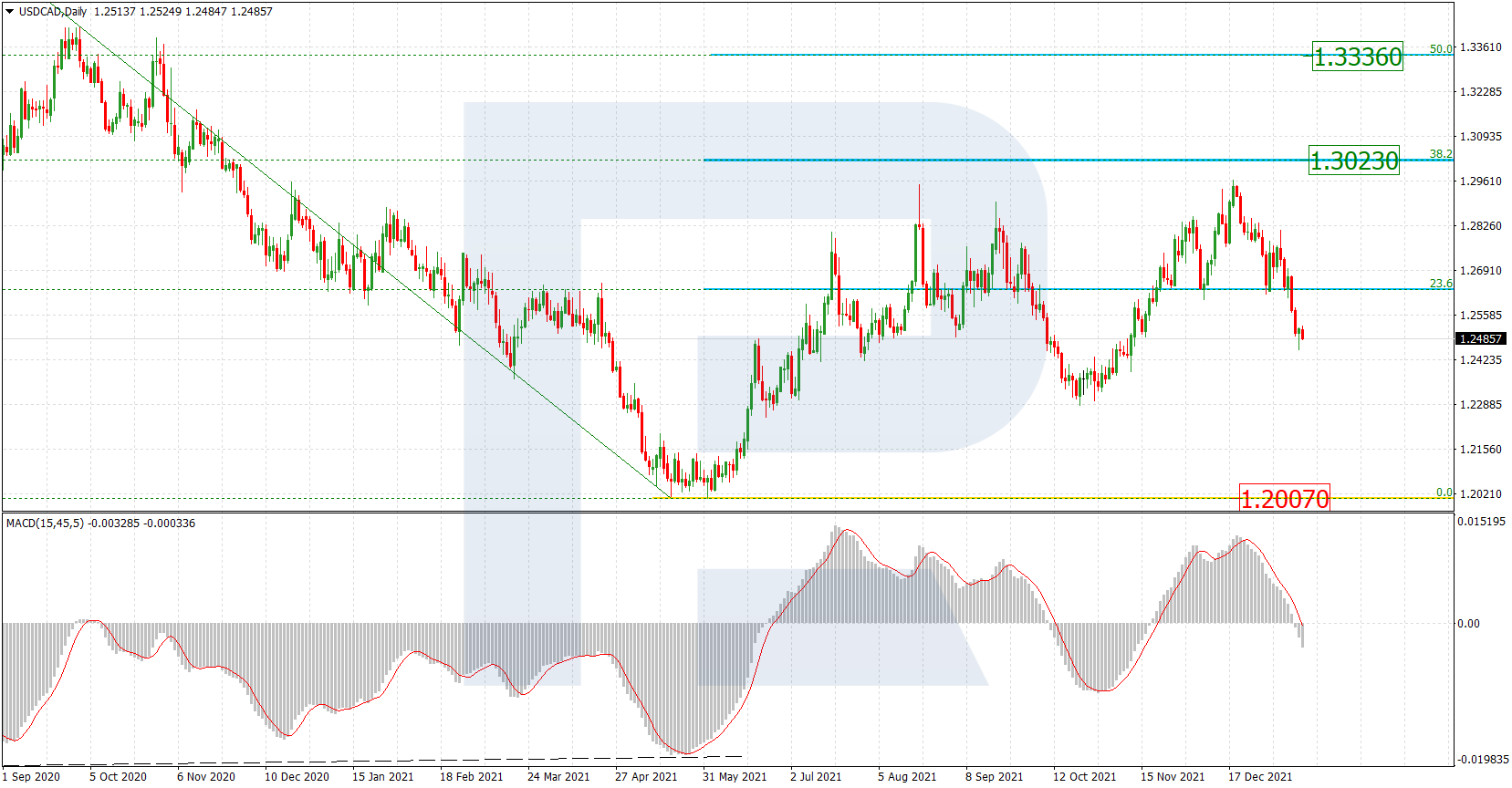 The H4 chart shows a more detailed structure of the current decline. After divergence on MACD, the decline has reached 50.0% fibo; the next downside targets may be 61.8% and 76.0% fibo at 1.2372 and 1.2237 respectively. A breakout of the local resistance at 1.2963 will result in a further uptrend. 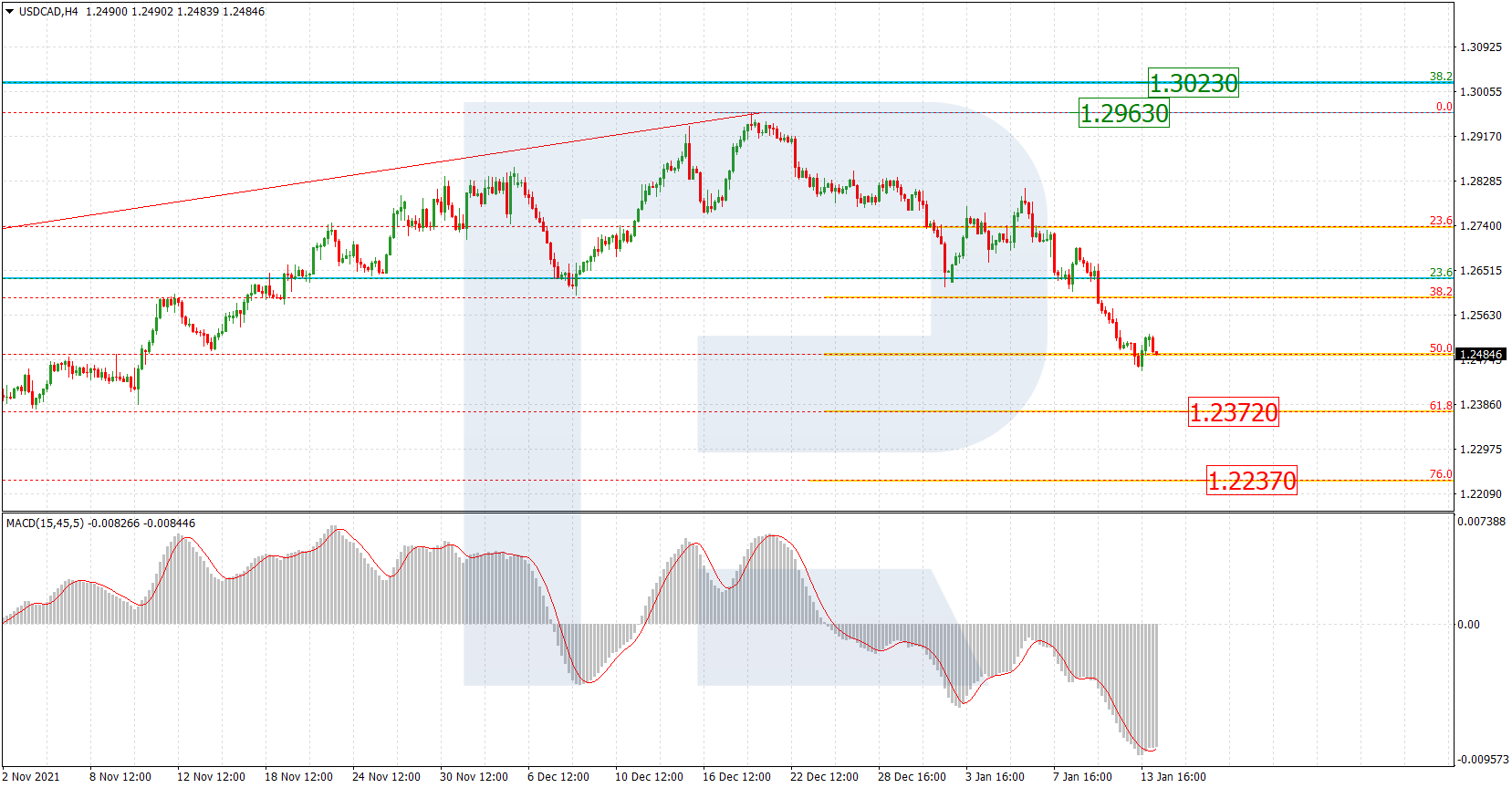